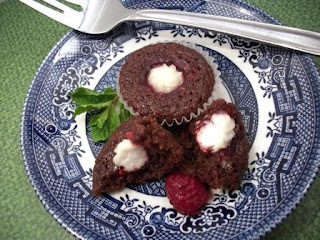 I was really inspired by this recipe on Fragrant Vanilla Cake for Vegan Cream Cheese Cherry Swirl Brownies, but poor Snugglebug can't have dried fruit in any form. Something about the way fruit's natural sugars become concentrated when fruit dries confuses her little body and she just can't break it down.

So I used Amy's recipe as a "jumping off" point and ventured to create a similar dessert with the ingredients I had in my pantry.

I used an old vegan brownie recipe I had, and replaced the dried cherries with a raspberry filling made with frozen berries, cane juice crystals, cornstarch and water.

Also, I really detest the hard edges of traditional brownies (they'll never sell me one of those brownie pans

!), so I made brownie bites in my mini-cupcake pans

Here's what I did:

Use the back of a spoon to break up raspberries into small chunks and put them in a medium saucepan. 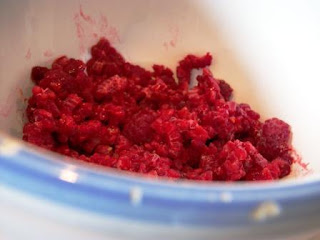 Put cornstarch in a small bowl and gradually add water, stirring until smooth. Set aside. 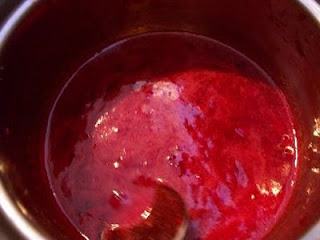 Gently increase heat to high. When syrup begins boiling, slowly pour in cornstarch mixture, stirring constantly. Boil until filling thickens - about one or two minutes. Remove from heat and allow to cool. (I put mine in the refrigerator.) 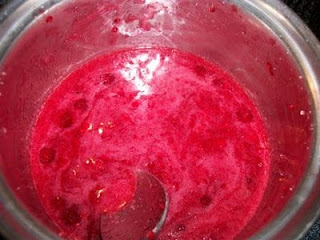 You will also need about 1 c. vegan cream cheese. I use Tofutti Better Than Cream Cheese

Place a paper mini-cupcake liner in each cup of your pan. Fill each cup half-full with brownie mix. 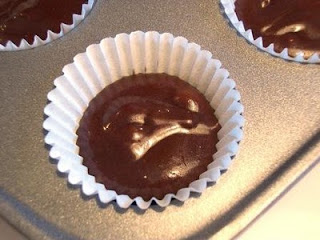 Using a small spoon or a pastry bag

without a decorator's tip, add a dollop of raspberry filling - about the width of a quarter - to the top of each cup. 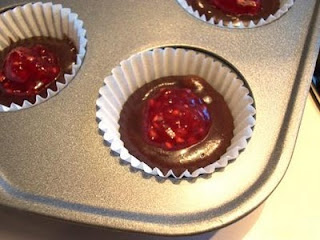 Again, using a small spoon or pastry bag - with a tip this time - add a grape-sized dollop of cream cheese. The raspberry filling may sink into the brownie mix a bit as you add the cream cheese. That's fine. In fact, it's perfect! 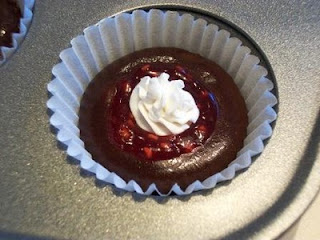 My only complaint about this recipe is the brownie seems to stick to the paper liners a bit. If anyone has any suggestions on how to curb this effect, I'm all ears! 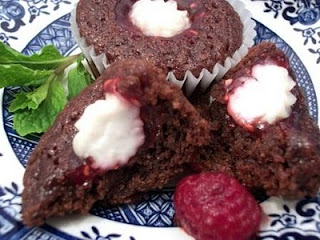 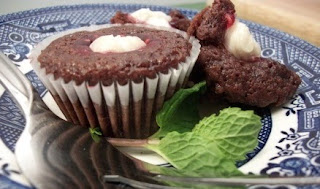 This recipe made 72 brownie bites for me, and I did have some raspberry filling left over. I think it'll be quite at home on top of some pancakes or waffles, but you can probably get by with three-quarters of a filling recipe, if you'd prefer.

"Like" Sexy Vegan Mama on Facebook!
Don't forget to swing by The Gonzo Mama's place to see what she's up to.
Posted by Christina-Marie Wright at 8:44 AM