I hope everyone had a blessed and wonderful Thanksgiving, filled with love, laughter, and a ton of delicious food.

I posted a series of photos of our vegan meal on Facebook, and had many requests for several of my recipes -- most of which were already here, on SexyVeganMama.com.

Then, I got a few messages and a phone call, asking for my baked beans recipe.

Now, growing up, we didn't eat a lot of baked beans, that I can recall. Maybe a few times at picnics and barbecues, I might have had a bite or two of some humdrum baked beans, but nothing that really stood out. Most of these beans were pretty bland, and had bacon or ham in them.

As I understand it, baked beans also come in a can? Who knew? 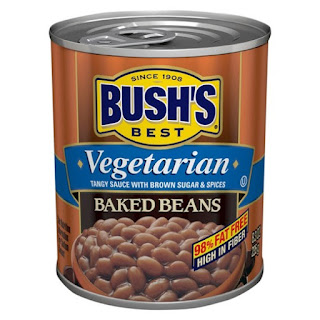 But, once I became an adult and started cooking for my own family, I went on a quest to create flavorful vegan versions of standard picnic, potluck, and large family gathering meal staples.

To be honest, I didn't know beans about baked beans, so I went to some old-school sources -- like vintage cookbooks and family recipes which have been passed down for generations -- for inspiration, and used what I found as a jumping-off point for my own recipe, which you'll find, below.

Now, y'all know how Mama loves her Southern Comfort, and this recipe features that rich, decadent liquid gold as an ingredient.

And, of course, I can't function without my espresso, so I threw some of that in there, too.

Toss your sad cans of baked beans, because these homemade beans can't be beat!

In a large saucepan, heat dried beans and water until boiling. Boil for 5 minutes, cover, remove from heat, and let the beans soak for one hour.

Add more water to cover beans, if necessary, and bring back to a rigorous boil. Reduce heat, cover, and simmer on low heat about one hour to an hour and a half, or until beans are tender.

Drain off bean liquid and reserve.

In a small saucepan, combine sugar, 1/4 cup water, vinegar, and spices. Bring to a boil, stirring occasionally, and boil until sugar is dissolved.

Remove from heat and stir in espresso and Southern Comfort.

Pour the remaining Southern Comfort mixture and bean liquid over the top. Cover tightly with foil and bake for one hour at 350 degrees F.

Posted by Christina-Marie Wright at 3:12 PM