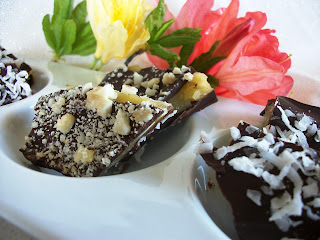 Mr. Wright says this toffee is “too good for the kids. This is the stuff you save for company.” Except… it never lasts until company arrives. I blame Mr. Wright, but he says there must be a scientific phenomenon, similar to evaporation, taking place. Now, science isn’t my best subject, but I’m a bit suspicious of Mr. Wright’s toffee breath. 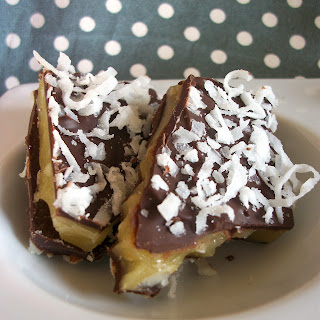 You will also need:
Candy thermometer to check temperature

Add sugar and stir, until mixture starts to boil.

Cook and stir over medium heat until mixture comes to a boil and begins to foam.

Uncover and cook gently, stirring frequently to prevent burning, until a small amount of mixture forms a hard and brittle thread in cold water (or to a temperature of 300 degrees). 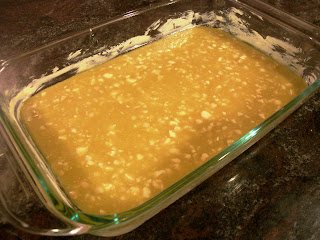 Melt half of the chocolate in saucepan over very low heat, stirring constantly until smooth.

Spread over toffee and sprinkle with 1/3 cup macadamia nuts. 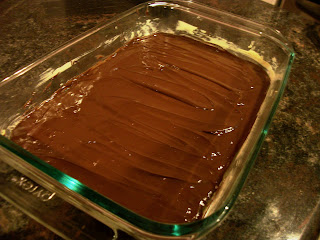 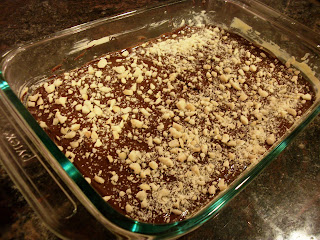 Let stand or refrigerate until chocolate is firm.

Turn toffee out onto waxed paper. 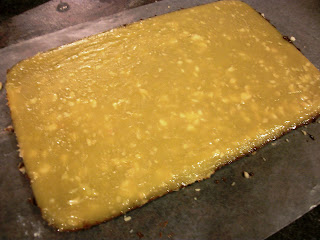 Melt remaining half of chocolate chips and spread over bottom of toffee, then sprinkle with flaked coconut. Let stand or refrigerate until chocolate is firm, then break into pieces. 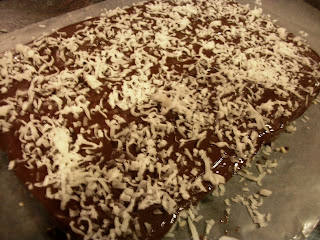 Makes about 1.5 pounds of toffee. 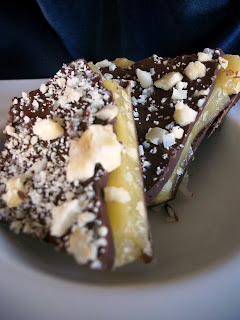 "Like" Sexy Vegan Mama on Facebook! Don't forget to swing by The Gonzo Mama's place to see what she's up to.
Posted by Christina-Marie Wright at 12:16 PM