Warning: Exposure to Organic Foods May Make You an A-hole 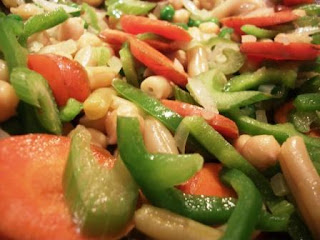 Do you choose organic foods over non-organic?

Are you, therefore, a self-absorbed dirtbag, with little regard for humanity?


Can I just interject here and ask... On what planet is OATMEAL not a comfort food? Huh? Is there anything more comforting than a thick, hot breakfast cereal? I put peanut butter and flax seeds in mine, for the record.

In any event, participants were then asked how many minutes they would give up to help a stranger, and how harshly they would judge certain fictional circumstances. As it turns out, the group exposed to organic food images was least likely to invest time in helping a stranger, and most likely to judge harshly.

By comparison, the comfort food group was most likely to help a stranger, and to be least judgmental.

Just one more reason to look forward to the upcoming GET-REAL VEGAN DESSERTS (we changed the name) by Yours Truly and William Maltese, to be (finally) released this summer by mainstream publisher Wildside/Borgo. All those rich, comforting desserts will not only cure your sweet-tooth, but also make you a kinder, gentler person, with more compassion. You can, through realistic vegan dessert creation, make the world a better place for all!

Those interested in reading more about the study may do so, here:

'via Blog this' "Like" Sexy Vegan Mama on Facebook!Don't forget to swing by The Gonzo Mama's place to see what she's up to.
Posted by Christina-Marie Wright at 10:45 AM