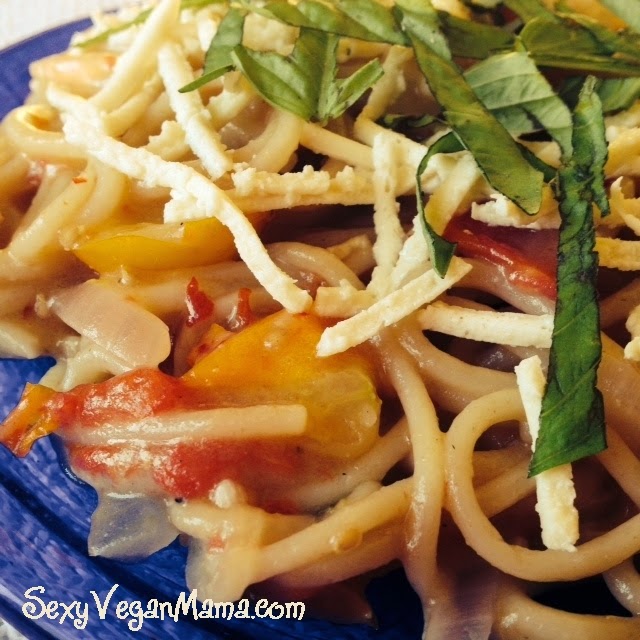 My Facebook feed and Pinterest PICC line (to be perfectly honest, a straight mainline is what's really necessary for Pinterest) have both been blowing up with this "one-pan pasta" thing.

Let's face it -- it's not new. It's a method used by line chefs in restaurants around the world, but... can we mere mortals pull it off? Apparently so, according to this post, which was inspired by Martha Stewart's recipe.

"So, hey, Sexy Vegan Mama... Can you make it gluten-free and vegan?"

Honestly, there weren't a ton of changes to make in revamping this recipe, and some I did simply as a matter of personal taste, or for simplicity's sake. That means using sea salt and spaghetti, two different types of tomatoes, two different types of onions, and mincing the garlic, instead of slicing, because this mama doesn't have all night with a razor blade, y'know?


Anyway, here's how it went:

You'll need a big, deep skillet -- wide enough for the spaghetti to fit in, and deep enough to prevent boil-overs.

Put all the ingredients into the skillet. 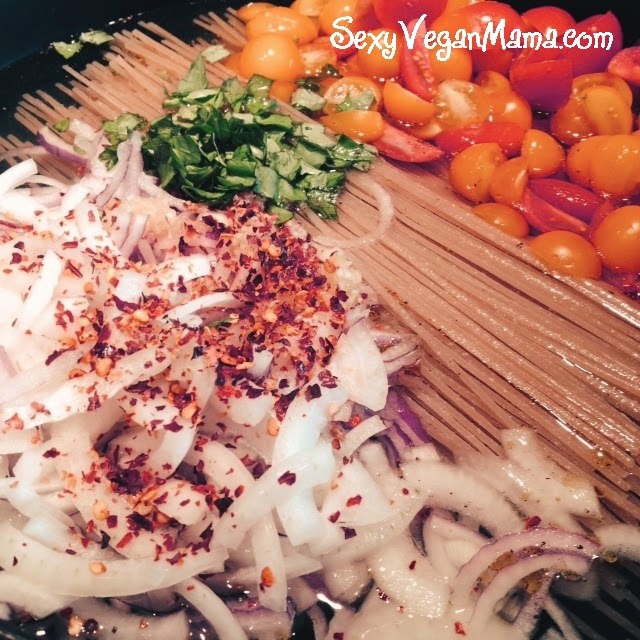 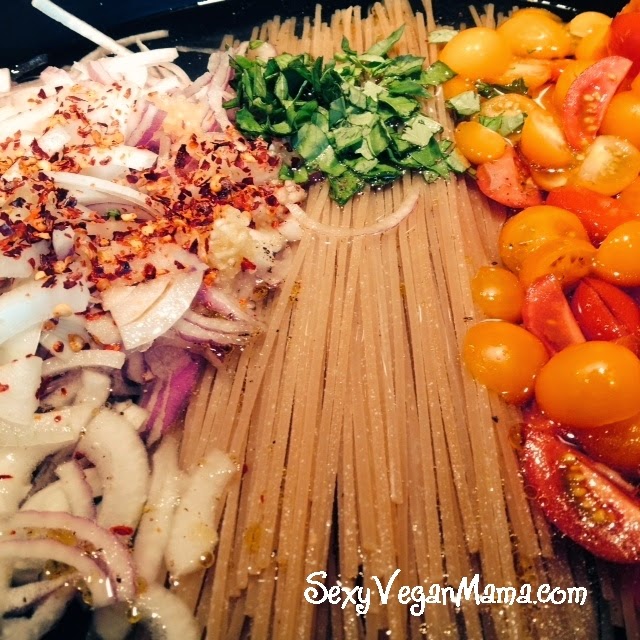 Remove from heat and let stand for about 5 minutes before plating. 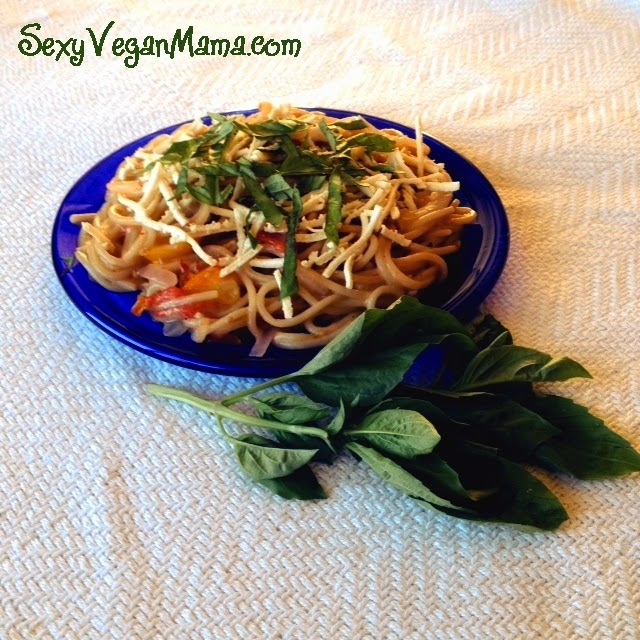 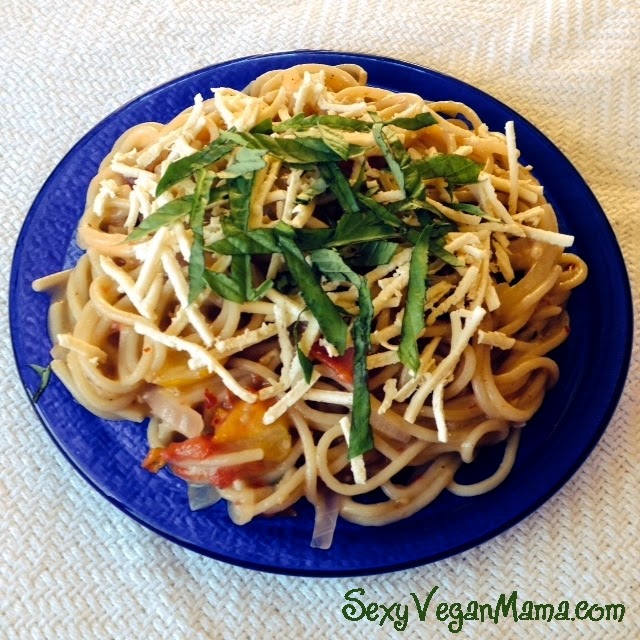 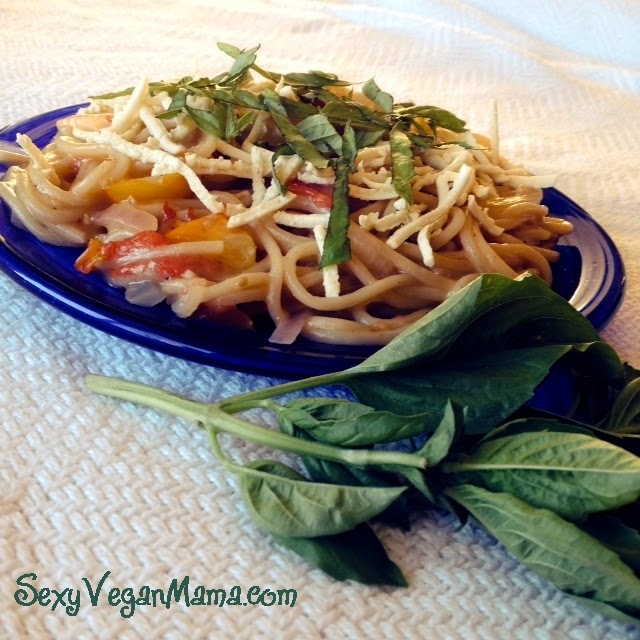 "Like" Sexy Vegan Mama on Facebook! Don't forget to swing by The Gonzo Mama's place to see what she's up to. Get my vegan dessert cookbook (co-authored with William Maltese), Get-Real Vegan Desserts: Vegan Recipes for the Rest of Us, on Amazon!
Posted by Christina-Marie Wright at 9:23 PM