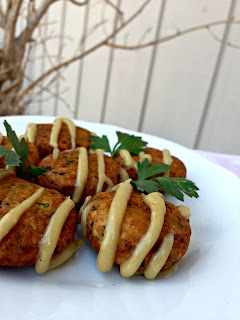 Actually, I was born in Seattle, which is not exactly a small town, but certain neighborhoods within it have a significant "small town" vibe.

Ballard, I'm looking at you.


Anyway, now I live in a small town. Well, small-ish. Small enough that we don't have a ton of groovy food trucks (although we DO have Rå, which is a kickass, vegan-friendly, hip little truck owned by some of the nicest people you'll ever meet) which offer up a wide variety of ethnic fare, beyond several taco wagons, which serve up such delicacies as beef tongue and whatnot. 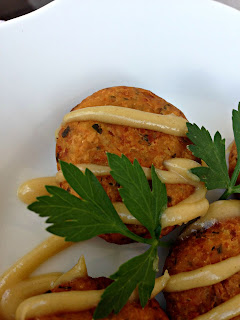 That being the case, when I have a craving for homemade falafel, the choices are fairly limited. So, I make my own, and serve it up with a decadent, tangy lemon tahini dressing. Here's how it goes: 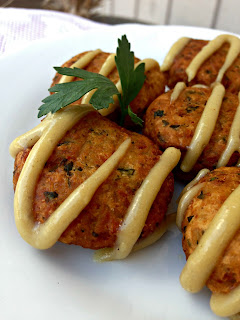 You will also need:

pastry blender or food processor
oil for frying
large, deep skillet or wok, OR a deep-fryer
a candy thermometer to check oil temperature 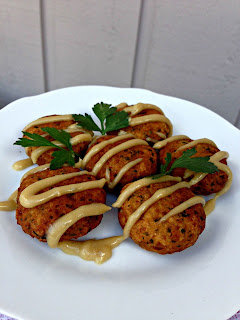 Finely chop the chickpeas either in a food processor or in a medium bowl with a pastry blender.

Stir in garbanzo flour, a bit at a time, until the mixture is stiff enough to roll into a ball which does not fall apart.

Heat oil in fryer, deep skillet or wok to 350 degrees F. You will need a minimum of three inches of oil.

Do a texture test by rolling into a ball a walnut-sized scoop of the mixture, then flattening slightly into a "medallion" shape. Place the medallion into the heated oil and fry about three minutes, or until golden brown. If it falls apart, or does not hold up well to the frying, add more flour.

Roll, flatten and fry the rest of the mixture, draining on paper towels after removing from oil. 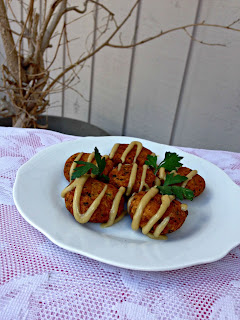 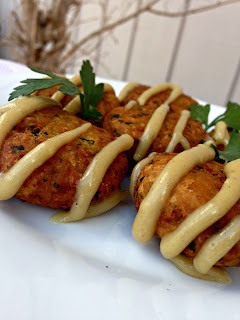 In a blender, combine all ingredients.

Blend until well-mixed. More or less water may be added to achieve the consistency desired.

Store any leftover dressing in a sealed container in the refrigerator.

Makes a great salad dressing, and is yummy over pasta, too! 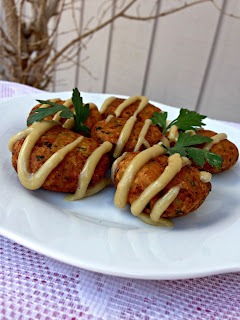 "Like" Sexy Vegan Mama on Facebook! Don't forget to swing by The Gonzo Mama's place to see what she's up to. Get my vegan dessert cookbook (co-authored with William Maltese), Get-Real Vegan Desserts: Vegan Recipes for the Rest of Us, on Amazon!
Posted by Christina-Marie Wright at 3:58 PM