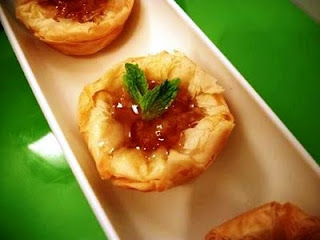 Remember when I said you always want to cut phyllo when it's dry? Here's the exception. For this project, you want to brush your sheet with margarine, add the next sheet directly on top, brush it, and so on until all your layers are "buttered," and then use a long knife to cut the sheets into 24 squares. It turned out to be much easier than brushing a million (okay, 288) tiny squares.

I had raspberry filling left from my Raspberry "Cranes" project, so I used it in half of these mini-tarts, and the other half I filled with the delicious Meyer Lemon Marmalade sent by Jenn from Cookinvegan. 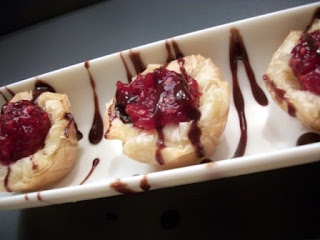 Athens brand makes phyllo mini-tart shells you can just thaw and fill, but did you know you can make your own?

You'll need 12 sheets of phyllo dough, thawed according to package directions. Read "The Basics" from my last phyllo post. For thinner shells, use six sheets and follow the directions below, but use three sheets in the first set and three in the second.

Place one sheet on your work surface, taking care to recover remaining sheets. Brush with melted margarine, then place another sheet of dough directly on top of the first. Brush the second sheet with margarine and repeat until you have six stacked and "buttered" sheets of dough. 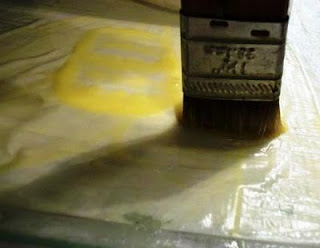 Using a long knife, cut the buttered dough into 24 equal sections. You should now have 24 thick "squares." They probably aren't really square, but you get the idea.

Place a thick square in each of 24 mini-cupcake tin cups and push down into the cup. It won't cover the entire cup, but that's okay. I have a plan. Trust, young Jedi! 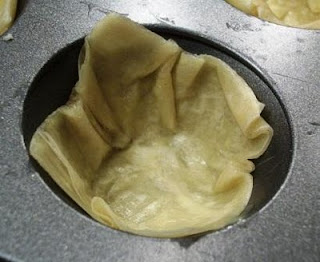 Repeat the process with the six remaining sheets of dough, but this time, push the squares into the cups on top of the first ones, staggering the corners so they are offset. 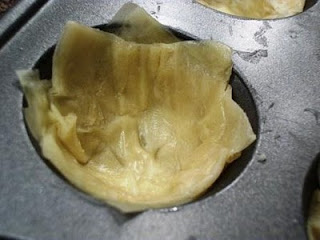 Turn all the corners down and in, making a "rim" around the top of the shell. 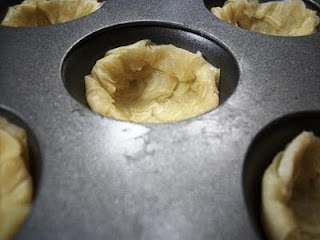 Bake for 12 to 14 minutes, or until the shells just begin to brown. They may be a little puffy when they come out of the oven. That's okay. While they're still hot, use a spoon to gently push down the puffiness, opening up the shell's "cup" so it can be filled. 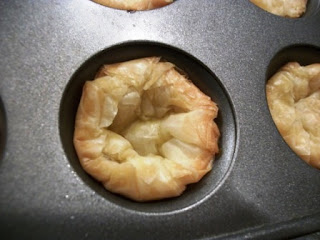 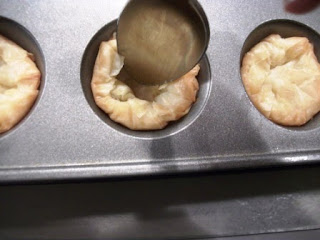 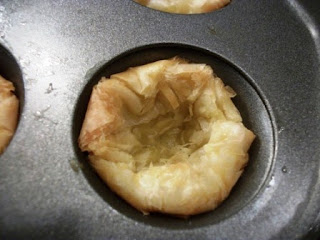 I filled some with my raspberry filling (recipe here) and topped them with chocolate syrup. 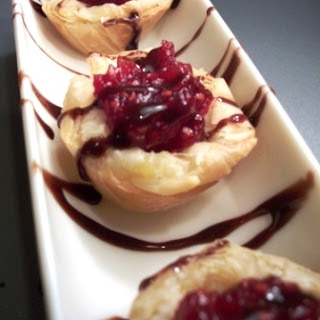 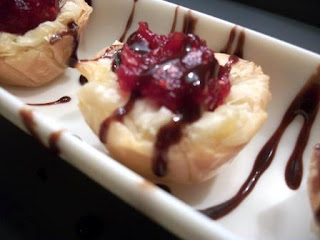 The others I filled with Jenn's marmalade and topped with tiny mint sprigs. 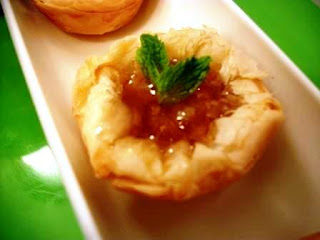 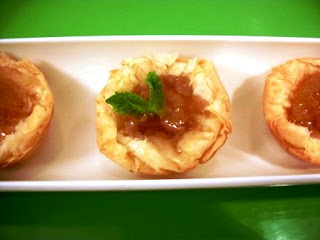 If you're in a hurry, you can use canned pie filling or even jelly or jam.


"Like" Sexy Vegan Mama on Facebook! Don't forget to swing by The Gonzo Mama's place to see what she's up to.
Posted by Christina-Marie Wright at 12:14 PM

Email ThisBlogThis!Share to TwitterShare to FacebookShare to Pinterest
Labels: baking, cookinvegan.com, desserts, do-it-your-damn-self, pastries, phyllo, pies, with a little help from my friends